Ensconced in our mahogany-panelled BADSydney boardroom, Michael and Denis are busy finalising the program for BAD2018. Provided we can keep the butler away from the port, it should be announced in July.

Here are some previews.

Welcome Katrina Kiely
Katrina Kiely, an experienced event manager, has joined our team replacing the wonderful Pip Sprott, who has gone on to better things. Katrina hails from Melbourne, loves a good coffee, gin and counts her two ducks as a recent (insert stupid) impulse buy. She is keen to see who will win the title of ‘the baddest city’ between Sydney and Melbourne.

In 2015 the Hogarth Shakespeare project commenced its re-telling of Shakespeare’s plays (see hogarthshakespeare.com). So far eight stories have been published, most recently Jo Nesbo’s Macbeth. Set in a depressed and depressing Scottish city, its characters include Duncan (Chief Commissioner of Police), Macbeth (head of the SWAT team) and lots of other familiar characters in less familiar roles. It’s terrific. Here’s a link to the New York Times review:
nytimes.com/2018/04/16/books/review/jo-nesbo-macbeth.html

In the matter of Macbeth, here’s a sonnet:

The Thane of Glamis, riding home
Meets with a bunch of witches.
‘This news is for your ears alone’.
He dreams of power and riches.
A little later Duncan’s dead;
A murder most pernicious.
The porter’s pissed, the lady faints
But everyone’s suspicious.
And now he’s king, but not serene
For Banquo haunts his dinner.
Macduffs are next, all pretty chicks
No comfort for this sinner.

So what’s it about, all this murder and sedition?
Why, nothing more than headlong, mad and overweening ambition.

We invite you to write a sonnet, a limerick or a haiku summing up a well-known crime story. The winner will have the satisfaction of seeing his/her work published in the next edition of BADNews, and will receive two daily tickets to the 2018 Sydney Crime Writers Festival. 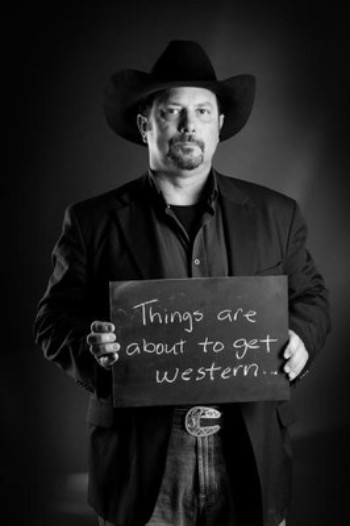 I had never heard of let alone ever read anything by CJ Box ,so when asked to review this book, I thought why not? I love the genre and if this is a new author that I enjoy – happy days. I did a quick search and was stopped in my tracks to find that this book was the 17th in a series going back to 2001. That means one novel per year for the last 18 – the 18th has just been released.

I have never read a series without beginning at the beginning. Honouring a commitment to Denis Tracey to write this review is one thing, but I was not going to go back and start at the beginning. So I thought, why not see if the story can be picked up at Novel #17. Will I be able to engage with the characters without reading the previous novels?

The answer is yes and no. The main character is Jo Pickett, a game warden in Wyoming with a wife and three daughters, not a disillusioned, misogynist cop or FBI agent like so many in this genre.

I liked the fact that he wasn’t a loser – he had an intact family life and was regarded as an all round good guy, who in CJ Box’s own words likes to “think everything through for himself”.

I liked the descriptions of the environment and an insight into a way of life so different from my own. But too much water had gone under the bridge in the previous novels for me to really connect with the story or even in some cases understand what was going on.

Did it make me want to go back and start from the beginning? Well, yes. I’m willing to read the first of his novels and see if it hooks me. Watch this space.

(Lisa Colley is an old mate with a passion for the arts and crime genres of all sorts).[/vc_column_text][vc_separator color=”custom” accent_color=”#ca1616″][vc_single_image image=”1346″ img_size=”full”][vc_column_text css=”.vc_custom_1529289703470{margin-bottom: 50px !important;}”]Megan Goldin (The Girl in Keller’s Way) lives in Melbourne and was a guest at BAD2017. Her latest is The Escape Room, which Lee Child has just endorsed as one of his favourite books of the year.

When I told my publisher my idea for The Escape Room, my somewhat garbled pitch was met with an awkward silence. I could almost hear a gulp on the other end of the phone. I knew I was taking a risk shifting away from the domestic noir genre of my first novel to a corporate noir thriller. One set in an elevator of all places. Left unsaid was how could I possibly sustain a 350 page novel set in an elevator? But I was fired up by the challenge and the chance to write about greed, jealousy, sexism and office politics. I was fascinated by what would happen if explosive office secrets were exposed while colleagues were stuck in an elevator. And I was interested in the way that people interact in an elevator and the real-life story of a man who almost went mad after being stuck in an elevator for two days. I only had the bare bones of a plot so it was a good thing that my characters quickly took form as they helped guide me through the twists and turns of the story. A year after I first pitched the idea, a postal package arrived in my mailbox. Inside was the first bound copy of The Escape Room.

And finally, Michael Duffy has discovered a story from the Sydney Truth from seventy years ago…

GUNMAN-SON GETS 4 YEARS: MOTHER’S WARNING OF CRIME NOVELS
The above headline is from the Sydney Truth of 28 May 1944, and provides a useful warning to all of us. The article concerned ‘the pitiful story told by the mother of a youth whose receptive mind, warped by tales of crime, earned him a gaol sentence of four years last week.’ Owen Davorsen of Petersham was convicted of armed robberies of railway booking offices. Mrs Davorsen told Truth that Owen ‘was an avid reader of cheap, lurid crime fiction, which, she said, made such an impression on him that he saw himself in the character of the desperadoes roaming through the pages he consumed so eagerly.’

‘I think the type of book my boy used to read should be banned,’ said the wretched mother. ‘I would appeal to other mothers not to let their children read crime fiction.’

Join our subscriber email list before July 30 2022 to be the first to learn about new BAD happenings.

And go in the draw to win a set of books by Coben, Evanovich, Herron, McKinty, Winslow – the amazing authors from our International Festival