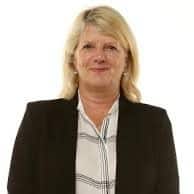 Janet Fife-Yeomans is a bestselling author and award-winning journalist who has worked in newspapers and television in Australia and her native England. She is a leading writer on crime and legal issues and followed the incredible case of Daryl Suckling to its conclusion while working for The Australian newspaper. She became a deputy editor at The Australian and subsequently joined executive management at News Limited. She is now chief reporter at The Daily Telegraph in Sydney, and her true crime books include Killing Jodie and The Coroner: Investigating Sudden Death.

FACILITATING AT: What About The Victims?