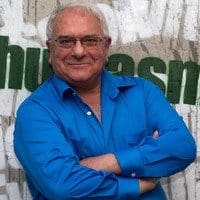 Alan Gold is one of Australia’s most popular novelists, author of eleven major fiction and non-fiction books, each of which has been a bestseller, and seven of which have been published internationally. He has recently completed a trilogy of novels of which the theme is the experience of the Jews during the 20th Century. In June 2000, he was the NSW Human Rights Orator, as well as the B’nai B’rith Human Rights Orator in Sydney and Melbourne. He is a visiting lecturer in literature at the Universities of Sydney and Western Australia, and a regular lecturer and speaker on matters of literature, defamation, racism and human rights.

APPEARING AT: Auschwitz in fiction after 75 years