Candice Fox, Chris Hammer and Michael Robotham will be talking to crime fiction lover and ABC broadcaster Kate Evans from Radio National’s Bookshelf about the place of libraries and books in their lives, and the crime story they could set in a library. The conversation will be followed by book sales and signings.

This event was livestreamed on Zoom.

The speakers have all generously donated their time, the State Library has waived all event costs so that 100% of the proceeds from ticket sales received by BAD Sydney will be donated to Lismore Library’s recovery 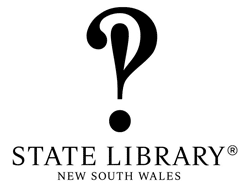 Candice Fox is one of Australia’s most acclaimed crime writers. Her first and second novels, Hades and Eden won back to back Ned Kelly awards in 2014 and 2015.  Her subsequent novels – Fall, Crimson Lake, Redemption Point, Gone by Midnight and Gathering Dark have all been shortlisted for the Ned Kelly Award. Her most recent bestseller, The Chase, was released in April 2021.

In 2015 Candice began collaborating with James Patterson. Their first novel together, Never Never was a huge bestseller in Australia and went straight to number one on the New York Times bestseller list in the US, and also to the top of the charts in the UK. Their later novels – Fifty Fifty, Liar Liar, Hush Hush, The Inn and 2 Sisters Detective Agency – have all been massive bestsellers across the world. Troppo, a new edition of  Crimson Lake has just been released to tie in with of the major new ABC TV series Troppo.

Chris Hammer was a political journalist and foreign correspondent for more than thirty years, before turning to crime. His first novel Scrublands won the prestigious UK Crime Writers New Blood Dagger for the best debut published in the United Kingdom during 2019.

Trust was published in 2020 and was longlisted for Best General Fiction at the Australian Book Industry Awards. It is set in Sydney recovering from Covid-19.

Before becoming a novelist, Michael Robotham was an investigative journalist working across America, Australia and Britain, and with clinical and forensic psychologists as they helped police investigate complex, psychologically driven crimes. Michael’s 2004 debut thriller, The Suspect, sold more than 1 million copies around the world. It is the first of nine novels featuring beloved Joe O’Loughlin. Good Girl, Bad Girl (shortlisted for the 2020 Edgar Award for Best Novel) and When She Was Good are the first two books in a new series featuring forensic psychologist Cyrus Haven.

Michael is the only Australian to win the UK’s prestigious CWA Gold Dagger Award twice – for Good Girl, Bad Girl and Life or Death. In 2020, The Secrets She Keeps was adapted for television. He won the CWA Steel Dagger Award in 2021 for When She Was Good. Michael lives in Sydney.

Kate Evans has a PhD in History and has worked in publishing, universities, TV and radio. She, joined Radio National in 1997. In that time, she has worked as both a producer and presenter, on historical programs like Hindsight and Rear Vision, ideas programs including Australia Talks, Movie Time and Life Matters, and in recent years has specialised in interviews with authors on Books and Arts and Books Plus.

Kate currently co-presents The Bookshelf with Cassie McCullaugh, a weekly radio show where they review the latest in fiction for dedicated readers and for those who wish they read more.